The History and Technology of Acrylic Prosthetics

During WW II, it became difficult to obtain the special glass manufactured in Germany, which was used in the process of hand blowing glass artificial eyes. During that time, a new material was being developed, specifically, Methyl Methacrylate Polymer (plastic), which was also being used in dentistry in the late 1930s and early 1940s. Gottlieb T. Danz and Ursula Danz, in collaboration with a dental technician, Karl Rohrer, developed a method of manufacturing acrylic plastic (PMMA) prosthetic eyes (circa 1942). In the ensuing 20 years, the acrylic artificial eye became the material of choice for most patients in the United States. Two distinct advantages of the plastic prosthesis over the glass is that they do not shatter when dropped and do not etch as readily as the glass, and therefore could be worn longer. Now, with the development of new techniques in the fitting and fabrication of ocular prosthetics, along with new and successful surgical techniques and materials used by oculo-plastic surgeons and ophthalmologists, we look forward to many more years of serving patients with an ever-increasing quality of our services.
Read More

Today, the Danz & Sons family and staff represent an incredible 8 generations of dedicated service, in the highly specialized field of ocular prosthetics! We are committed to providing the highest level of care, using the latest in technology and time honored excellence, for each and every one of our patients. Our ocularists are thoroughly trained in the complete anatomy of the human eye and ocular system, with a unique emphasis on prosthetics. Due to the specialized nature of this type of work, the American Society of Ocularists formalized a training program in for specialists entering this field. Technicians acquire their skills and experience through apprenticeship with firms within the industry or from government training courses such as those available from the Veterans Administration with oversight through the College of Ocularisty. With ever-evolving technology and recent advances in the field of Ocularistry, we constantly strive to stay on the leading edge with continuing education and symposiums, with the world’s leading authorities in the ocular prosthetic profession. We are also accredited members of the American Society of Ocularists, a national organization of specialists in the field.

Gottlieb T. Danz, Sr. established businesses in San Francisco in 1927 and Los Angeles in 1931. He was a glass eye-maker, trained in Lauscha, Germany, the birthplace of the invention of special techniques in the fabrication and fitting of glass artificial eyes (circa early 1830s). Throughout the 1930s and 1940s, he traveled throughout the west coast, blowing custom glass eyes for individual patients. G. Ted Danz came to work for his father in the 1950’s, working with plastic, as glass was slowly becoming a lost art.
G. T. Danz, BCO, married Dorothy Alcorta in 1974. At that time, the company, of G. Danz & Sons, Inc., was operated by brothers Ted and Phil Danz. Both brothers decided that they would operate certain divisions of the company. Phil Danz stayed in the Bay area, San Jose, Oakland & Sacramento. Ted Danz maintained his office in San Francisco and continued with his satellite offices located in Stockton, Fresno, Bakersfield, San Luis Obispo, Eureka & Redding, CA; Reno, NV; Medford, OR; and Boise, ID. Both brothers operated in the San Francisco office on separate occasions until 1977.
Read More

Antonio Alcorta began as an apprentice/trainee in October 1976, under the tutelage of Ted Danz at the San Francisco location. Upon the demise of Ted Danz, the corporation was split between Phillip A. Danz & Dorothy Alcorta Danz. Mrs. Danz continued operation of her portion of the corporation under the name of G. Danz & Sons, Inc. for the next five years. On December 10, 1984 Dorothy A. Danz sold her corporation to her son Antonio Alcorta. Mrs. Danz then relocated to Oklahoma, and retired shortly thereafter.

Antonio began operation of D. Danz & Sons, Inc. on December 10, 1984, and immediately expanded the company into the Idaho area. He also began traveling to Honolulu, HI four times a year, at the requests of many physicians and patients on the Islands. He has since opened & maintains permanent offices in Reno and Las Vegas, NV.

Antonio has trained three Board Certified Ocularists, Sam F. Murano, II, Brian Grabowski and Antonio L Alcorta, I. Sam purchased the locations in Idaho and has expanded his locations since under the name Intermountain Ocular Prosthetics. Antonio L Alcorta, I is now operating offices at various locations. Antonio SR is currently training his step-son, Mark Thaxter, servicing his California, Nevada, and Hawaii patients, and are anticipating further area expansion in the near future.

President, Board Certified Ocularist, Diplomate of the ASO, Board of Directors with the OAC, BADO Member, prosthetic wearer for the past 58 years.
My story is a simple one. I lost my eye at the age of 18 months, due to a bow and arrow accident, and have been a Danz and Sons patient from 18 months to current. At age 4, my father passed away. Several years later, my mother Dorothy married Gottlieb Theodore Danz Jr. (Ted Danz) who was my mentor and the master ocularist for G. Danz & Sons, the parent company whose main office was located in San Francisco. I completed 4 years of college, at which Mr. Danz passed away. At that point, I came to work for the company full time. Then, after 5 years of working for the company, I purchased it on December 10th 1984. I have developed this company to its current status. I absolutely love my job and have no desire to retire, until it comes time that I am not able to do what I love to the satisfaction of myself and my patients. 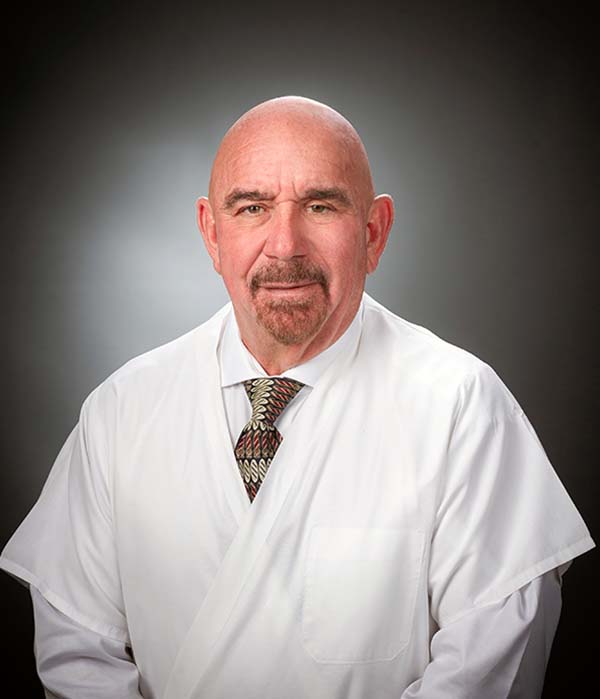 Mark Thaxter was born and raised in Clovis, California, where he currently resides with his wife, Gracie, their daughter, Heidi, and their two dogs. He served five years in the United States Marine Corps as a Recon Marine stationed at Camp Lejeune, North Carolina. During his time in the military, Mark grew a passion for helping others in need, as well as working with his hands.
After finishing his contract in the spring of 2019, he and his wife returned to the Central Valley, where he began his career in Ocularistry. Mark is currently enrolled in the American Society of Ocularists’ College of Ocularistry, as a supervised intern under Antonio L. Alcorta SR, BCO BADO. He is currently pursuing NEBO Certification (BCO), as well as diplomate status in the ASO (BADO).
Mark’s training and experiences are what shape his character in and out of the office. He has a strong work ethic, a passion for patient care, and is devoted to making sure his job is done to the best of his ability. During his free time, Mark enjoys staying active and spending time with family and friends. He travels to each of the offices serviced by D. Danz & Sons, along with Antonio L. Alcorta SR, BCO BADO 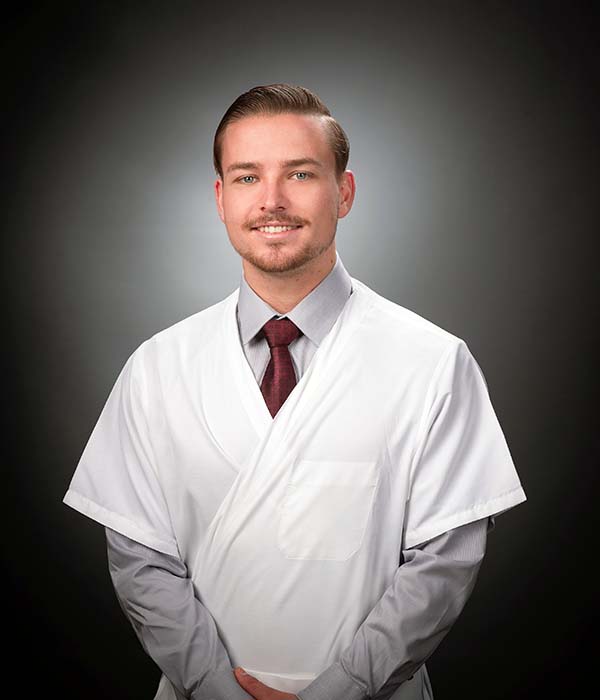